Chapter II: On the Banks of the Cannon 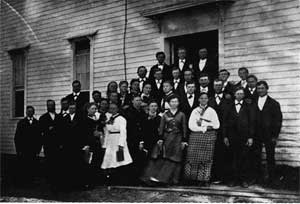 To begin with, St. Olaf’s School had only grammar and high school courses with additional instruction in Norwegian and religion. The first year English, geography, penmanship, mathematics, and music were taught, with English as medium, while religion, Norwegian, and history were taught in Norwegian. The second year Latin and German and Algebra were added. Principal Mohn was the only teacher the first few days, but he soon obtained an assistant in the person of Mr. L. S. Reque, a graduate of Luther College and of the University of Iowa Law School. Both looked very dignified, with sideburns. Miss Ella Fiske, of New Richmond, Wisconsin, was the first music teacher and preceptress for the girls. 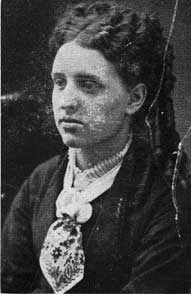