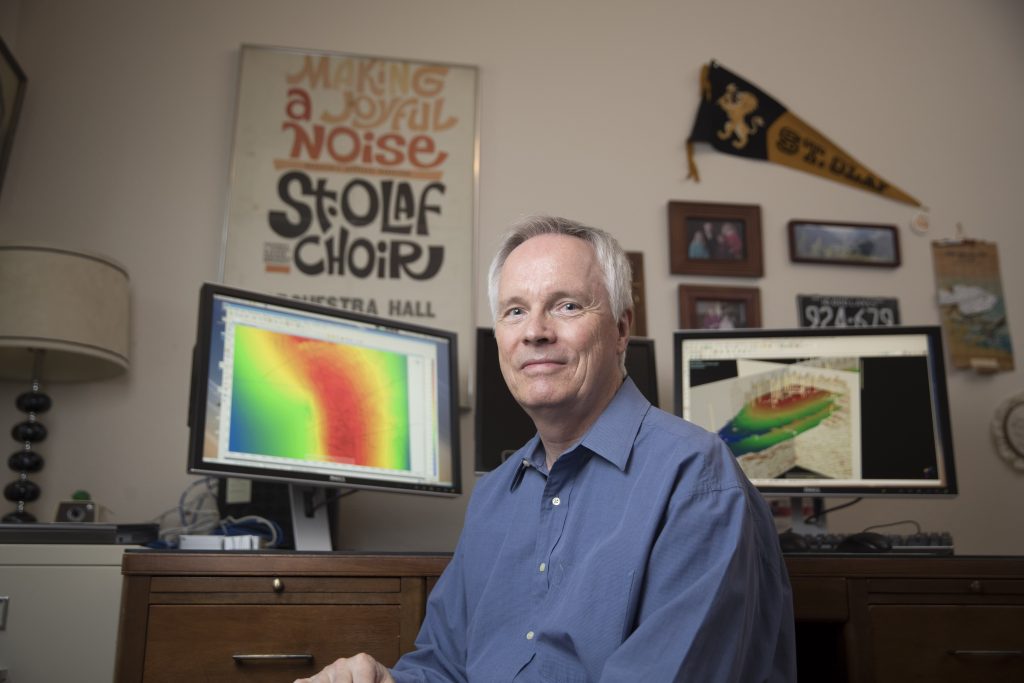 Providing opportunity with a bequest

John Arenson ’72 cherishes his experience singing in the St. Olaf Choir. “That was my goal,” he says, “and it took me three years to get there.” He also sang in the Viking Chorus and Chapel Choir, took private voice lessons, and studied hard as a physics major.

He grew up in Brooten, Minnesota, a small town in central Minnesota. Being part of the St. Olaf student body, which was more than four times the size, “overwhelmed me at first,” says John. “Still, there was a feeling of caring and connectedness expressed by the faculty and staff. The physics department was small, so everyone knew everybody. Just like in a small town.”

The professors, John adds, did much more than simply teach a discipline. “They taught us how to think, to communicate in written and oral forms, to interact with the bigger world, and to question.” These skills helped him advance in his geophysics career. He later became a management consultant and finally a software teacher.

In gratitude, John named St. Olaf as a beneficiary in his will. “The education I received at St. Olaf helped me find success in different types of careers. My bequest will create an endowed scholarship to help provide math and physics majors with a similar platform for success.”

“Naming St. Olaf in my will felt like a simple way to set up a gift that will have an impact. There are students who deserve the opportunity I had, and this will help them access it.”

John earned a master of science in geosciences-geophysics at the University of Arizona. He worked with Amoco Production Company (now BP) in Denver, Colorado, as a processing geophysicist analyzing seismic data. Later he was a geophysical interpreter proposing oil and gas well locations throughout the western United States. He became vice president of technology for Geo-Insight, a startup software leasing company supporting small exploration companies. Later he joined KPMG Consulting/BearingPoint in San Antonio, Texas, where he lives today with his wife Betty. He has returned to the petroleum business with Paradigm, demonstrating interpretation software to prospective clients and teaching software classes to company and client personnel.

“Betty and I don’t need to scrimp and save anymore. Our adult children are successful on their own so I began to think about where to make a difference. I named St. Olaf in my will more than 20 years ago, but I have increased the gift amount because I wanted to fund a scholarship. Naming St. Olaf in my will felt like a simple way to set up a gift that will have an impact. There are students who deserve the opportunity I had, and this will help them access it.”

If you’re considering including St. Olaf in your will or trust, read more or contact the development office at 800-776-6523 or plannedgiving@stolaf.edu.