St. Olaf’s forest plantings include seven acres (2.83 ha) of native Northern Minnesota conifers. Although only white and red pine are native to this region of Minnesota, we chose to plant a variety of coniferous species for educational purposes. The coniferous habitat was established in 1993 and includes white, red (Norway), and jack pine, white and black spruce, balsam fire, northern white cedar, red cedar, and tamarack.

Interesting Facts: This dense, slow-growing tree has a fine-grained heartwood once commonly used for making longbows, flatbows and sinewed bows. It is also the premier wood for pencils, and its cones are used to flavor gin. The leaves of the Eastern Red Cedar can be boiled to make a tea. 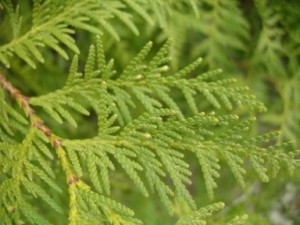 Identification Characteristics: Leaves flat and scale like; 3-5cm in length

Interesting Facts: This species is threatened where white-tail dear populations are high, since deer commonly use cedars as a winter food source. Oils from this tree are found in organic medications used to eliminate warts. 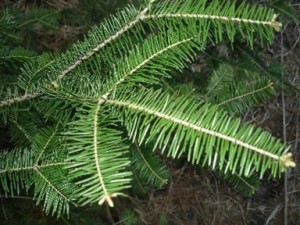 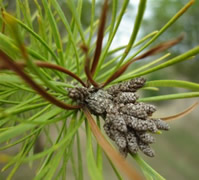 Identification Characteristics: Leaves needle-like and in bundles of two; needles 2-4cm in length.

Interesting Facts:  This tree is fire adapted and produces both open and closed (serotinous) cones. The serotinous cones are sealed closed with a resin that requires extreme temperatures of fires in order to open up and reseed burned ground. Jack Pine stands in a small area on the lower peninsula of Michigan are also home to the Kirtland’s Warbler, an endangered bird that depends on pure stands of young Jack Pine for its survival.

Identification Characteristics: Leaves needle-like and in bundles of two; needles 12-18cm in length

Interesting Facts:  A valuable tree for timber and paper pulp. Also the State Tree of Minnesota.

Identification Characteristics: Leaves needle-like and in bundles of five; needles 5-13cm in length.

Interesting Facts: The white pine is known as one of the tallest trees in North America, growing to heights between 30 and 50m. Few white pine stands remain due to extensive logging in the late 1800s and early 1900s.  The terminal buds of white pine seedlings are a prefered winter food for deer.  This reduces the chance of white pine reseeding itself. 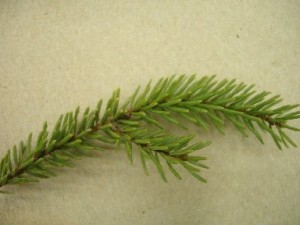 Identification Characteristics: Leaves needle-like and 1-2cm in length. Spruce can be distingished from fir since their needles can be rolled between two fingers, whereas fir needles are flat.

Interesting Facts: This tree is often used for paper making and is a common choice for Christmas trees. The White Spruce is the State Tree of South Dakota. 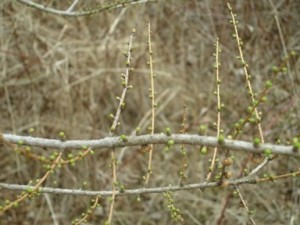 Identification Characteristics: This is a deciduous conifer, which looses its needle-like leaves in the fall. Leaves turn bright orange before dropping in the fall.

Interesting Facts: This hardy species is cold tolerant, surviving temps as low as -65 degrees Celcius. It is the northernmost tree in North America, occupying the arctic treeline, and is also common in swampy areas. Tamaracks were also used by the Algonquian for making snowshoes.