The following first three pictures show large numbers of one species out on the St. Olaf prairie. This often happens in a new prairie planting (1-3 years old) because some species of forbs (wildflowers) are in larger numbers in the seed mix and also mature to flowering stage more quickly than other species. The first picture below of Black-eyed Susan, “the year of yellow”, was taken in summer 2003. This prairie was planted in 2002. The second picture of Yarrow, “the year of white”, was taken in summer of 2004 in the same field. The fourth (last) picture shows a more diverse prairie and was taken in the same field as the first two pictures. The third picture of Bergamot, “the year of purple”, was taken this summer and is in a different prairie area planted in 2005 – it was white last year and will probably be more diverse next year. In subsequent years, other species come into their own which shows the diverse nature of the prairie. Also, some species like Black-eyed Susan are more biennial than perennial in nature, that is, they grow for a couple years or so from seed and then die and reseed. Once they start reseeding they cannot compete with other species well enough to maintain the dominance shown here. 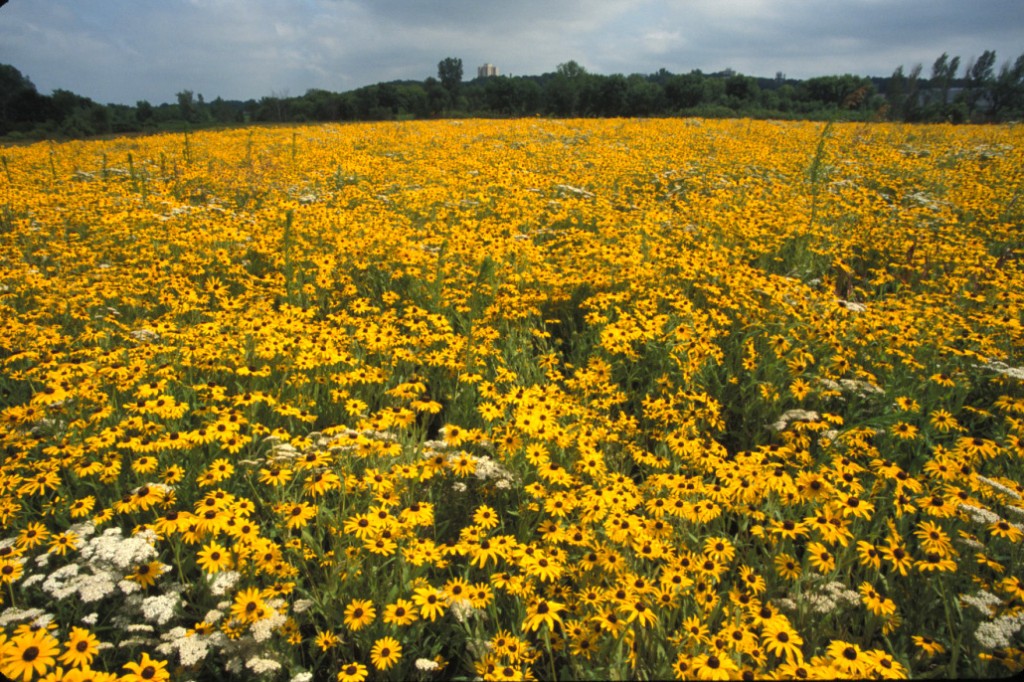 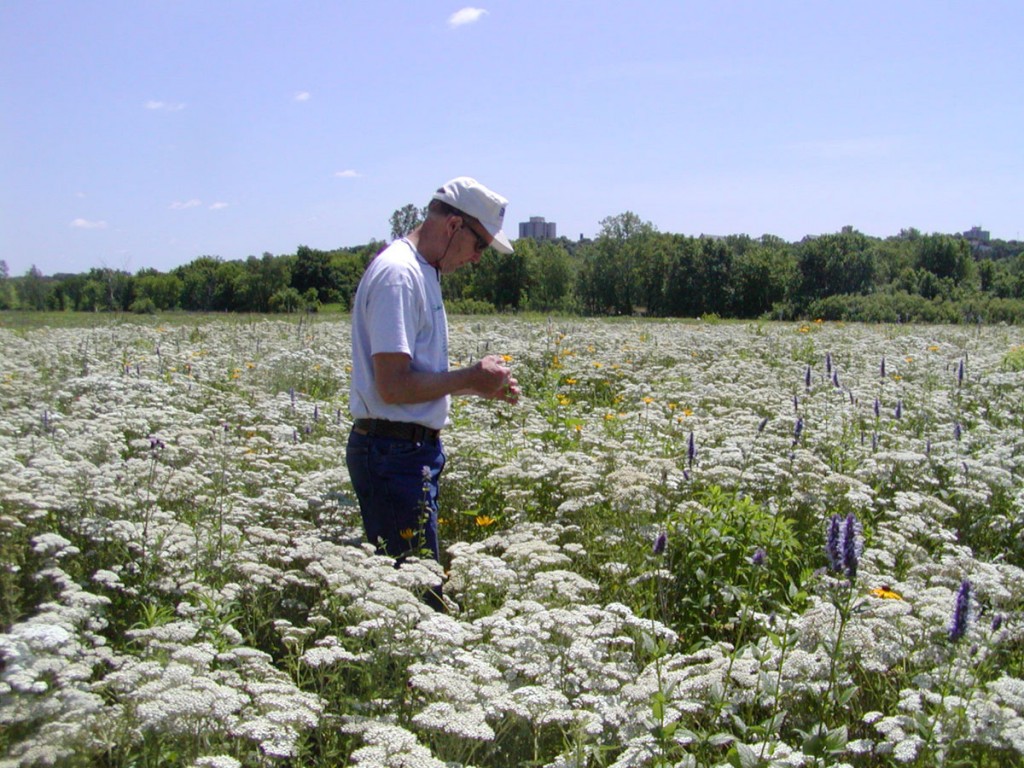 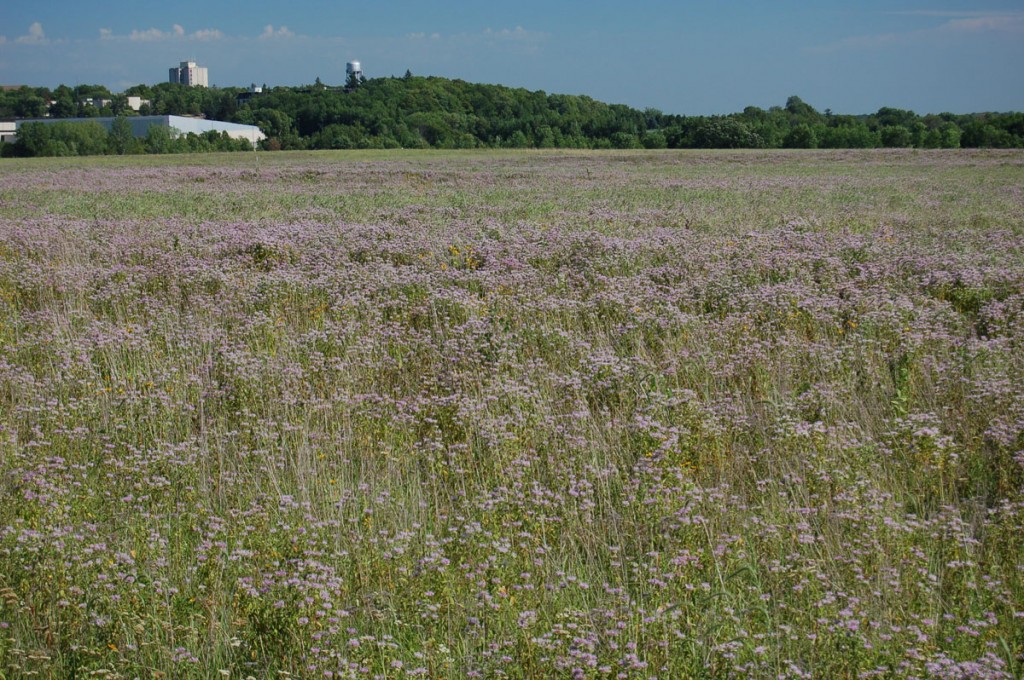 This picture was taken in July 2007, in the same prairie as the Black-eyed Susan and Yarrow shown above. 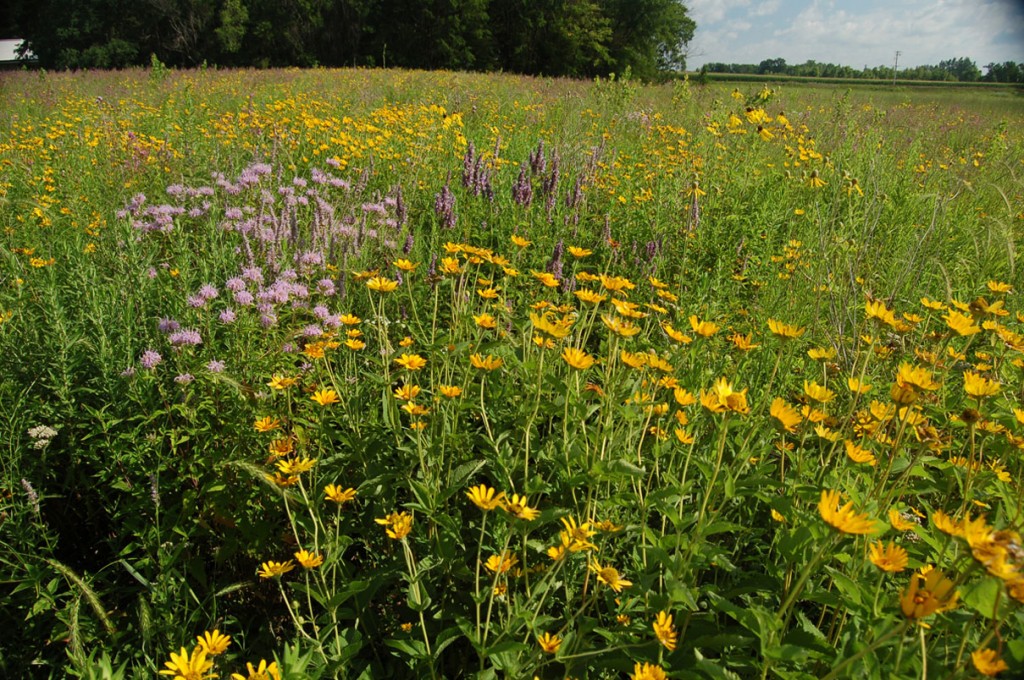