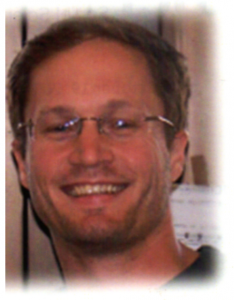 WHY DO I WANT TO SUPPORT STUDENT RESEARCH?

After my son, Kent Johnson, died, it was important to me that he be remembered in a way that he would have appreciated.  Setting up or contributing to an educational fund was the obvious choice.  However, more than just a general fund, I wanted to honor Kent’s love of learning and exploring challenging issues, that is, his love and dedication to research.  He was always curious.  His inquisitiveness lead him to look for answers to questions that puzzled him.   As an undergraduate at St. Olaf College, he was encouraged to look for answers through researching the questions.  Therefore, I have chosen to donate financially to the Philosophy Department at St. Olaf to enable other students to go beyond a desire for knowledge to delving into ideas to produce knowledge, to go beyond thinking or believing in something to having the knowledge and evidence to explain those beliefs.   Following are memories that I have of my son as a student in philosophy at St. Olaf who not only made research his profession, but used research to enrich his every-day life..

Kent’s experience at St. Olaf occurred when the college still had the Paracollege, which was a perfect situation for him.  He was a self-starter and an independent learner.  The faculty recognized his insatiable desire to learn, provided guidance, and encouraged him to pursue the research necessary for him to either answer the questions he posed to them or to lead him to other questions in pursuit of an answer.

One of the more important influences on his interest in research was spending a semester studying in England. Kent’s letters reflected his thoughts regarding the program of study and research he determined and the conferences he had with professors, as he had no prescribed classes.  He also made use of the time off from his studies to travel.   Because of research he had done concerning ancient Greek, he located a monastery in Greece where a monk, an expert in that old language, lived.  Kent spent several days in conversation with the monk, ultimately leaving with more knowledge about the subject and more information that would require diligent research.

Because of the experiences at St. Olaf and because of the interest that his professors took in him, he decided to attend graduate school.  Corliss Swain, a professor Kent mentioned many times, spent time and effort contacting people who she felt would keep him stimulated and challenged in terms of his interest in philosophy.  On August 14, 1994, he left to attend the University of Florida to study philosophy.  He valued his professors’ expertise, becoming more confident in his ability to question various philosophers’ thoughts that he had previously accepted.  From there, he attended Rutgers University to further pursue studies and research in philosophy.

Following is a summary of Kent’s education and accomplishments.  Before reading that, however, know that he wasn’t just a serious scholar 24/7.  He was funny.  He loved playing jokes on others.  He had a dry sense of humor.  He was a great water-skier.  He worked out religiously at local gyms.  He researched his Prius for a year before he bought it.  And, a great pleasure, he would write in bed using a hospital tray.

Nietzsche’s Valuations of Resentment and Guilt 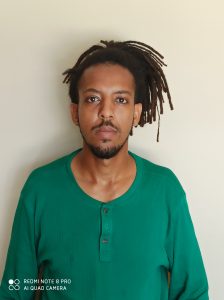 I am conducting research for a project on Nietzsche’s criticism of European morality, with a focus on Christian conceptions of resentment, guilt, and conscience. I plan to produce a publishable paper by the end of the research period that I can use for graduate school applications. Suffering is an intrinsic and an inevitable part of human existence. Every person who suffers seeks a way out of suffering or seeks to attribute the cause of suffering to a guilty perpetrator. I will explore the role of conscience in this process of eliminating suffering and the connection this has with the will to power. 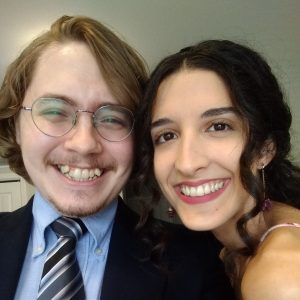 The first conference I attended which I got funding for was the 2018 Minnesota Philosophical Society Conference, Saturday October 13, at Rochester Community and Technical College in Rochester, MN. My presentation title was: “An Alternate Possibility for the Compatibility of Divine Foreknowledge and Free WIll.” This was a long-running research project of mine that grew out of a paper I wrote for Professor Cunningham’s free will seminar. We received funding 2018-2019 to work jointly on this project from the Magnus the Good Collaborative Fellowship at St. Olaf, and this presentation was our first shot at getting some feedback on our project. In my presentation, I argue that most proposed solutions to the argument for theological fatalism are unsatisfactory and propose a solution based on a reanalysis of the ambiguous Principle of Alternate Possibilities commonly known in contemporary analytic literature on free will.

The second conference I attended was: “Is There Still A Secular Virtue of Chastity?” This was a Christopher Newport University virtue ethics conference held on March 29-30, 2019. The title of my presentation was “Common Ground and the Roots of Disagreement within the Church’s Homosexuality Debate.” This was a paper that grew out of my research (funded by the Graduate School Exploration Fellowship) from the previous summer (2018) at the University of Iowa with Professor Diana Fritz-Cates into contemporary moral theological debates among Catholic theologians regarding the morality of same-sex sexual acts. In this paper I explore the contemporary scholarly debate concerning the morality of same-sex sexual acts, seeking the underlying areas of disagreement as well as avenues of inquiry that could propel the often-stalemated debate forward and suggest solutions to key controversies.

Students who are interested in applying for a Kent Johnson grant should write an email to the Chair with the following information: