The Passenger. A Novel. 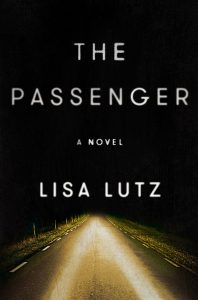 You can’t tell a book by its cover, but sometimes you pluck one off the new bookshelf at Rolvaag Library because it looks interesting and you win.  That’s what happened to me with The Passenger. It’s a great thriller.

Nora Glass grew up in a small town in Washington state, the victim of a cruel conspiracy that forced her to go on the run as a teenager to avoid a trumped up murder charge. This novel is the story of her life on the run, of her methods of survival, of the cost to her of the life she has to lead, and of her return home.

When you’re wanted for murder you can’t go around using your own name, driver’s license, and social security number, nor can you even look like yourself.  During her life on the lam Nora is forced to adopt other people’s identities—women whose wallets she steal from their purses, women she identifies from obituaries who are about her age, and so forth.  Each section of this novel bears the stolen identity she is using at that time—Tanya Dubois, Amelia Keen, Debra Maze, Emma Lark, Sonia Lubovich, Paige, Jo, and finally the return to Nora Glass.

Lisa Lutz has mastered the tough girl narrative style you might expect from a tough girl like Nora: “I spoke to the desk clerk. She couldn’t have been older than nineteen. This didn’t look like a stop along the way—she was doing hard time at Swan Lake.” It’s Sam Spade’s hard-eyed world-weariness and cynicism reborn in Nora Glass. But as with Sam Spade there’s more going on beneath the surface of that world-weariness that you might think.

Read this tough, tightly written, cleverly plotted, compelling thriller and you’ll find out what that is.