The HKL is open Monday – Friday 10:00 am – 4:00 pm. Please note it will be closed or by appointment only during academic breaks. Should you wish to visit or use the resources of the HKL during closed times, please email:  shimota@stolaf.edu. 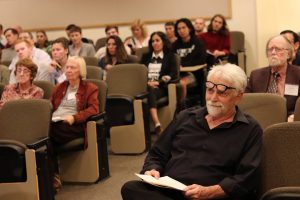 Gordon Marino earned his Ph.D. from the University of Chicago, M.A. from the University of Pennsylvania, and B.A. from Columbia University. His areas of specialization include History of Philosophy, Philosophy of Religion, and Kierkegaard. For 27 years he taught philosophy and related courses as a professor at St. Olaf College and was the curator of the Kierkegaard Library until his retirement in August 2022.

In 2018, Marino published his most recent book, The Existentialist’s Survival Guide. He has authored and co-authored numerous works, including Kierkegaard in the Present Age. His articles have appeared in internationally-acclaimed news sources and periodicals such as the Atlantic Monthly, New York Times Magazine, Wall Street Journal, and the American Poetry Review.

An abbreviated list of Marino’s curriculum vitae can be found online, and a list of his various publications can be found below.

The Existentialist’s Survival Guide: How to Live Authentically in an Inauthentic Age 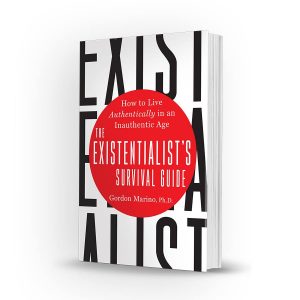 Marino has been featured in numerous talk shows, radio programs, and other broadcasts.

National Endowment for the Humanities:

Different Brains: Anxiety & Existentialism
Anselm House St Paul Study Center:  Thinking with Kierkegaard about Anxiety and Depression
Two Philosphers, One Conversation: If This Isn’t Nice, I Don’t Know What Is