In Memory of Robert “BJ” Johnson 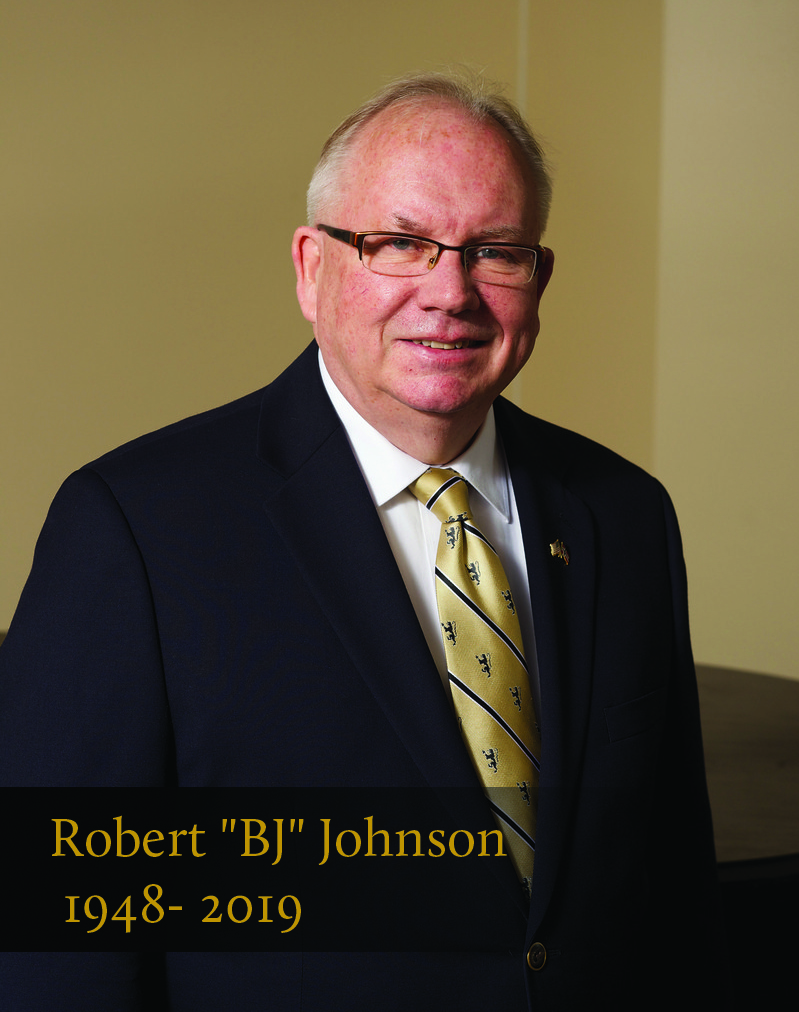 Robert Clifford Johnson (BJ) was born on July 16, 1948, in Alexandria, Minnesota to parents Ruth Fowlds Johnson and Clifford Conrad Johnson. He died on October 16, 2019, in Northfield, Minnesota, with his family at his side, after living with Amyotrophic Lateral Sclerosis (ALS aka Lou Gehrig’s disease).

BJ graduated from Jefferson High School, Alexandria, in 1966, and continued his education at Concordia College in Moorhead. Upon graduation in 1971 he married Sigrid Nelson in Bismarck, North Dakota. Together they moved to Monticello, Minnesota, where he taught public school music while Sigrid pursued a Bachelor of Music degree at St. Cloud State University.  Upon completion of her degree in 1974, they moved to Ann Arbor, Michigan, where Sigrid pursued graduate studies in vocal performance at the University of Michigan and earned a Master of Music degree. BJ worked at the university at the University Musical Society, the largest university concert series at the time.

In 1978, BJ was hired by St. Olaf College in Northfield, Minnesota, to manage the college’s music organizations, a great opportunity in the field of arts administration. His office was responsible for arranging domestic and international tours; facilitating the technical production of the internationally renowned St. Olaf Christmas Festival; and overseeing the commercial recording business (St. Olaf Records). Under his leadership, 30 international concert tours were launched by the St. Olaf Choir, St. Olaf Band, and St. Olaf Orchestra, in addition to annual domestic concert tours successfully undertaken by these ensembles. The St. Olaf Christmas Festival, an annual college holiday concert since 1912, benefited from BJ’s leadership.  First broadcast on television in 1975, the St. Olaf Christmas Festival has been a featured highlight of the holiday season on PBS since 1983, thanks in great part to BJ’s collaborative efforts with Twin Cities Public Television. In 2005 and 2013, BJ was the catalyst in creating the two television Christmas specials that the St. Olaf Choir filmed at the Nidaros Cathedral in Trondheim, Norway. Due to his entrepreneurial vision, the 2007 and 2011 St. Olaf Christmas Festivals were also streamed live in theaters throughout the United States. BJ’s commitment to the arts extended beyond St. Olaf. In 1990, he called together tour managers from other college and university music programs for the founding conference of what immediately became the CMTMA (College Music Tour Managers Association), an organization that still thrives, sharing best practices in the arts touring world.

In 2014, Johnson was honored with an Emmy Award by the Upper Midwest Emmy Awards for his role in the PBS production of Christmas in Norway with the St. Olaf Choir. Johnson was awarded the ACE award for lifetime achievement by the American Choral Directors Association (ACDA) of Minnesota in 2015. In 2018 he was inducted into the Hall of Fame by the Alexandria School District in recognition of his significant distinction and achievement in arts administration at St. Olaf College.

Johnson is survived by his wife of 48 years, Sigrid (Nelson) Johnson, sons Peter Johnson and Andrew Johnson (Sarah), and grandsons Soren Meilan and Halvor Clifford, all of whom reside in the Twin Cities. He is also survived by a sister, Karen Elizabeth Johnson, of Maple Grove, Minnesota. He was preceded in death by his parents and sister Jane Huhn.

A memorial service will be held on Sunday, October 27, at 2:00 p.m. in Boe Memorial Chapel on the St. Olaf Campus. For those unable to attend in person, the service will also be live streamed at https://www.stolaf.edu/multimedia/play/bjmemorial.

In keeping with BJ’s commitment to providing St. Olaf’s student ensembles with the finest performance venues during concert tours, the family has requested that memorials be given to the Sigrid and Robert “BJ” Johnson Endowed Fund, established for that purpose. c/o St. Olaf College, 1520 St. Olaf Ave., Northfield, MN, 55057, Att’n: Development Office.