Afternoon of A Faun 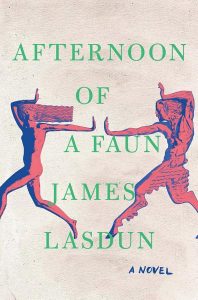 I picked up Afternoon of a Faun from the new bookshelf at Rolvaag Library, and it led me to Lasdun’s earlier novel, The Fall Guy.  I recommend them.

Afternoon of a Faun has a first person narrator; The Fall Guy is narrated by a third-person who spends most of his time in the head of the main character. In both cases the central character is an introspective, diffident, self-conscious man placed in an uncomfortable relationship with another man—a friend in one novel, a cousin in the other. That other man is more successful, more powerful, more comfortable with others. And more problematic.

In Afternoon of a Faun the narrator’s friend, Marco Rosedale, “was one of those boys who exude a magical charisma of good looks and easy confidence that marks them in the consciousness of their generation as people to watch.” He became a successful television journalist, based in New York. The narrator, a writer, teaches at a college upstate and lives in the country on a farm. The novel opens with Marco learning that a woman, a former work colleague, has written a memoir in which he is accused of raping her.  The novel traces the narrator’s anguished journey alongside Marco as his friend denies that it happened, schemes to prevent the publication of the memoir, and ultimately triumphs. It’s a journey of discovery about Marco and about himself.  As the narrator ruefully comments at the end of the novel, “I seem to have a large capacity for accommodation.” 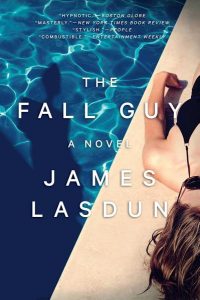 Matthew in The Fall Guy is an out-of-work chef spending the summer at the country home of his wealthy cousin and his beautiful wife, living in their guesthouse and cooking for them. Like Marco Rosedale, the cousin is richer, better known, more popular, and more successful. Matthew is in love with the wife, and when he stumbles upon evidence that she may be having an affair, he embarks on a path that leads him farther away from self-knowledge and closer to an appalling act.

Afternoon of a Faun leads the main character through pain to greater moral clarity than he began the novel with. The Fall Guy charts the opposite path.

I wouldn’t go so far as to call these novels psychological “thrillers,” but they are rich in their portrayal of how we cope—or not— with our fears, our desires, our relationships, and our moral responsibilities.