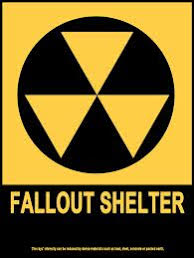 With a look of concern, my 8-year-old son, Bailey, asked me the other day if the North Koreans would send a missile to Northfield. After I assured him there was nothing to fear, he said, “Good! I got lotsa football to play this summer.” Off he went, joining another generation plagued by concerns of nuclear war.
For the generation of Oles in the early 1960s, the outside world of the Cold War, Cuban Missile Crisis and Soviet Premier Khrushchev’s “We will bury you!” became all too real in April 1963. In that month, the College announced its intentions to outfit 16 civil defense fallout shelters on campus in the event of nuclear disaster.
Pres. Granskou’s memo of April 18, 1963, stated in part, “We must be mindful of our responsibility toward 2,000 students, and I am concerned that we do all possible to meet that responsibility.” To carry out the College’s agenda, Duane Kringen was appointed Director of College Shelters. “Shelter staff” included shelter managers and team leaders with obligations to complete the eight-hour Shelter Manager Training Course. 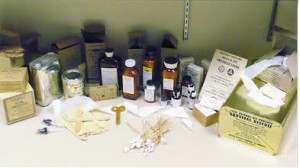 A typical shelter on campus was equipped to help its occupants survive radioactive fallout for a period of at least two weeks after the nuclear blast. Presumably, after that time, enough of the radiation would have dissipated so that persons could resume “normal” life. Supplies for 100-200 people per shelter included 24 empty 17-gallon water barrels, 12 cartons of “All Purpose Survival Biscuits,” 6 basic sanitary kits, and one carton of medical supplies. Reading material issued by the Department of Defense included “Family Guide Emergency Health Care” that addressed such topics as “Facing the Fallout Threat,” “Caring for the sick,” and “Birth in the Shelter.” The guide also covered, “When death occurs.” In a nonchalant manner, it stated, “There will, of course, be deaths in some fallout shelters. … The body should be covered, placed in the coolest area of the shelter, and as far from the living occupants as possible.”
By the late 1990s the last of the black and yellow fallout shelter signs had been removed from the exterior of campus buildings. Never used, 15 of the 16 stocked shelters were dismantled; only the remnants of the Holland Hall shelter exist today in a cobwebby mechanical storage room. Within the College Archives are found a sampling of issued shelter supplies ready for the call if needed (but bring your own football). 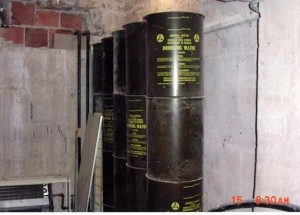