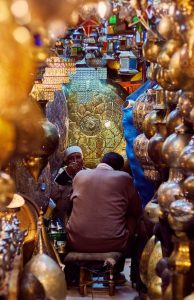 Prerequisite: French 231 or placement in French 232. Open to first-year students based on availability. Taught in French. This course completes the French language requirement.

Students spend the month of January in the Imperial City of Fez, Morocco, studying French language and Moroccan culture. This is an immersion experience that includes homestays with local, French-speaking families in the medina of Fez, the largest medina in the Islamic world. The course focuses on Moroccan culture, emphasizing the multicultural aspects of Morocco and facilitating student interaction with the local population.

Field trips to various sites include: Volubilis (a site of Roman ruins), Moulay Idriss, Meknes, Casablanca, Rabat, and an excursion to southern Morocco and Marrakech. 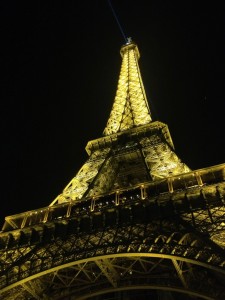 Prerequisite: Minimum of one 250-level course (two recommended). Students may receive major credit in French for this course.Students delve into advanced language work and on-the-spot investigation of French culture, past and present, including theater, film, visual arts, the French court, and the medieval cathedral through background readings and visits to important monuments. Students read, discuss, see, and critique plays ranging from the classical to the contemporary. Taught in French.

Students and instructor live in a family-owned hotel located in the heart of the Latin Quarter. Since one of the major objectives of the Interim is increased fluency in French, students are expected to speak French at all times.