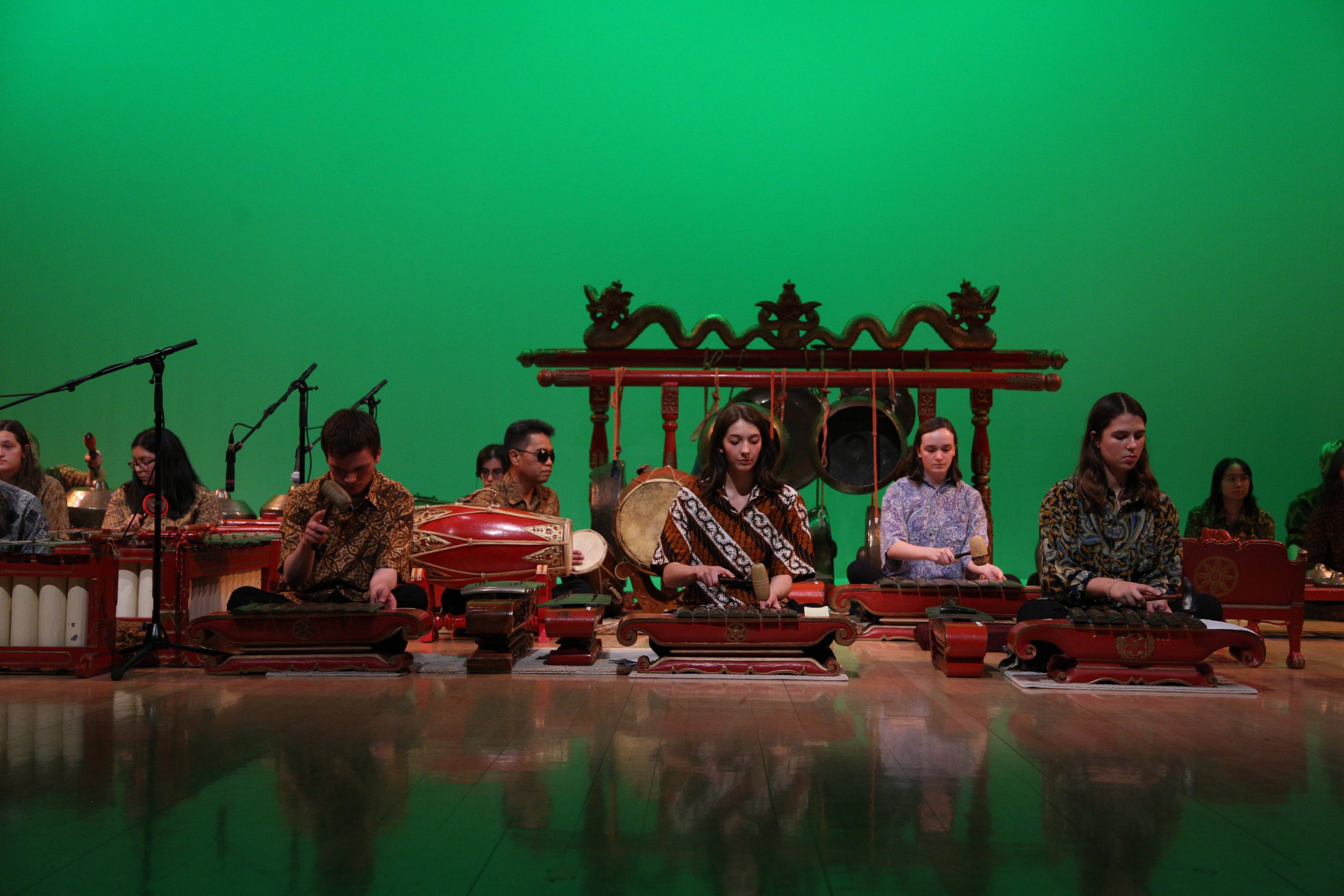 From early Hindu-Buddhist roots, Javanese Gamelan developed and flourished as an art-music and dance tradition in the royal courts of Java, one of the many islands in Indonesia. Some Javanese Gamelan pieces are stand-alone musical pieces, while other pieces incorporate both music and dance. Some pieces are designed to accompany shadow puppet theater, which incorporates stories from the Hindu epics Mahabharata and Ramayana, and are often performed for Islamic ceremonial occasions in Java. The Gamelan tradition offers an example of interconnectedness between different religious philosophies in Indonesia through music, dance, and theater. This interconnectedness is also felt by the members of the ensemble who depend on each other since it is impossible to perform this music alone. The different musical instruments that make up the ensemble each contribute on a structural, melodic, or elaborative level to create an integrated whole. This relationship has been compared metaphorically to a tree, with structure-holding instruments as roots, melodic instruments as the trunk, and elaborating instruments as the branches and leaves.