Why I Study Religion 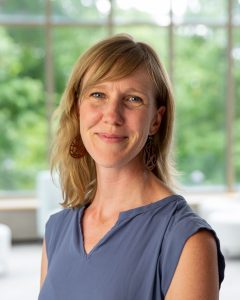 “I study religion – collectively its places, stories, people and customs – because I believe it remains a powerful force of promising cultural change. To live well and intentionally on a warmer planet that is increasingly characterized by social strife is to know and appreciate something about religion.” 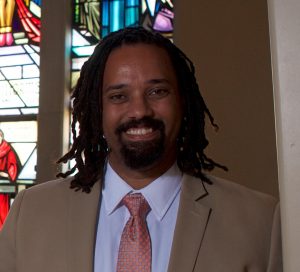 “I study religion because religious thought shapes how we see ourselves and the world around us. This is true not only for those who belong to practicing religious communities, but also for the wider world. Recognized or not, theological values can be found in how we understand family life and political arrangements, not to mention the continued influence of religion on art, music, and literature. At the end of the day we can see religious beliefs moving people in ways that are beautiful and terrifying, creative and destructive, and wrestling with people and texts from the past and present helps us to understand these complexities and move forward together.” 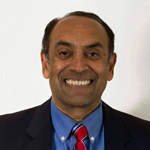 “The study of religion offers me the opportunity to consider some of the fundamental questions of life that a self-conscious being ponders.  Who am I? Is there a meaning and purpose to my existence? What is the good life? It allows me to explore such questions comparatively by studying what the great religious traditions of our world and their interpreters teach. The study of religion is a dialogue with the wisdom of the world’s religions and ultimately with oneself. It is a deep pursuit of meaning.”

“I absolutely love studying religion. It is fascinating, bizarre, often scary, emotionally draining, and honestly, it can be really sexy and exciting. But besides that, being a religion major allows me to deepen my understanding of truth and meaning every day and I couldn’t ask for a better way to spend my time.”

“I am a religion major because I want to dispel the myth of God without anybody accusing me of not knowing what I’m talking about. It should be troublesome to all of us that if any adult, let alone an academic, were to proclaim sincere belief in the tooth fairy or unicorns, we would accuse her of being delusional, and yet when she proclaims belief in God, an entity with an equal amount of evidence supporting its existence, which is to say none, she’s just another member of a religion. This is absurd – and so I take it upon myself to push Saint Olaf College toward sanity – away from the myth of Jesus Christ and the monstrous moral example that is Martin Luther.”

“I’m a Religion major because the study of religion encapsulates what I treasure most about a liberal arts education – the marriage between rigorous academic study and a deep care for the interconnected experiences that underlie academic work. Majoring in Religion has allowed me to explore my interests in psychology, history, and philosophy in the context of religious practice and belief, while exploring my own questions about community, faith, and purpose. Wherever my vocational calling lies, I feel confident I’ll be better equipped to answer it because of the breadth and depth of instruction a Religion major offered me.”

“My study of religion has centered around the religious community. In my work, I have striven to understand where religious beliefs come from and how they are brought about in members of the same faith. I’m fascinated about how these people enact them, and what happens when they encounter members of a different tradition– how they bring the other into their space, how they dialogue and how they go about creating a more just world. In this day and age, we hear so much about religious conflict; I am interested in religious compassion.  This major gives me a base of understanding on which I can not only personally build a more comprehensive and inclusive worldview, but a base which I can use as a ground for a broader socio-cultural understanding of our world, its differences and how to navigate them.”

“I am a Religion major because I am unable to happily cast off underlying murmurs and concentrate on incidental questions. Logic and rationale are not confined only to those disciplines yielding verifiable results: Religious Studies’ coursework demands logic and a supply of vastly diverse academic knowledge to work with the most perplexing and universal quandaries of humanity. Nothing like erred perceptions, the study of Religion encourages dismissal of unnecessary barriers to encounter a world of impossibly challenging thought.”