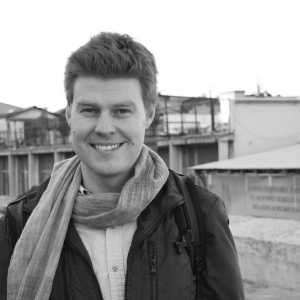 My path after St. Olaf was certainly full of surprises.   After graduation, I interned with the Lutheran World Federation’s (LWF) Department for World Service in East Jerusalem (headed by a St. Olaf alumnus).  The focus of LWF Jerusalem was to provide services and emergency assistance to refugees, marginalized groups, and those living in poverty, through development, advocacy, peace and reconciliation initiatives, and disaster relief.  This contributed strongly to a better sense of vocation, and helped me to better grasp the realities of injustice and war for people on the ground. From there, I started graduate school in Peace and Conflict Studies at the University of Oslo in Norway, where I brought in many of the questions I was still struggling with after my time in the Middle East.  Especially related to the links between theory and practice when it relates to peace-building. After a few surprises (and roundabouts) along the way, I began working with the Karibu Foundation in Oslo, where I have been ever since. Karibu is an independent foundation that supports alternative voices from the Global South (Latin America, Asia, Africa and the Middle East) that provide alternatives to the dominant paradigms of power, distribution, and development.  We partner with both faith-based and secular organizations and networks of the Global South, and work on issues related to (among other things) non-violent resistance, conflict resolution, and reconciliation.

Studying religion at St. Olaf certainly contributed to my own formation, in many ways.  Academically, intellectually, and socially, it gave me the necessary skills to understand what religion is, and to recognize how religious beliefs, rituals, texts, and traditions have a major influence around the world today.  This is especially important in a globalized world, where religion plays unique roles within and between cultures, communities and social movements.