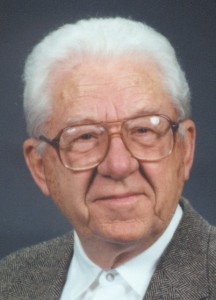 The Wilkens Fund, a fund in honor and memory of Professor Kenneth Wilkens, is used to bring guests speakers and artists to Theater Department classes and productions. It is funded by generous donations.

Ken Wilkens touched enormous numbers of lives over his 91 years. Through almost 40 years of service to the College, Ken came to think of St. Olaf as “his” college. He served as Department Chair, Fine Arts Division Chair, on countless committees, was a sought after speaker on and off campus, spoke at Commencement, Opening Convocation, and numerous times in Chapel. Ken was an excellent speech and debate coach who was committed to the field of Speech Communication throughout his life. He served as President of the Speech Association of MN, he received an Outstanding Individual in Communication and Theater Award from the Communication and Theater Association of MN, the Zwach-Eddy award from the YMCA for his role as Mentor, and a Good Neighbor Award from WCCO radio. Ken influenced the lives of thousands of students. A man of stature, grace, ethics, and presence, with a commanding voice, he made a difference in the world and the world is a better place for him being in it.