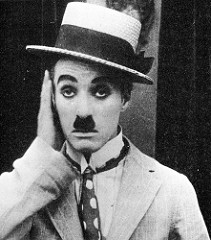 As we progress further into a century marked by transnational movement and the centrality of images in our daily lives, the study of motion pictures is vital to an understanding of the aesthetic,  cultural, and sociological conditions of modern and contemporary life.  Publicly exhibited for the first time in 1895, photochemical motion pictures are the foundational form for mass experiences dependent on moving images.  Film Studies allows us to learn how film is both a medium for aesthetic modes of communication and a modern, industrial product whose production varies by nation, economies of scale, and artistic project.

Whether your interests are in film history and theory, film production and criticism, or one of the many national cinemas studied at St. Olaf — including Russian and Soviet-era, Chinese, Japanese, German, and Nordic — Film Studies offers a diverse mix of courses to explore.  While the introductory core course, Film Studies 101, is ideally taken at the beginning of the program, the five courses required for the concentration may be taken in any order.  Above all, with its distinctly interdisciplinary focus, a Film Studies concentration may serve as a compelling and contemporary complement to a wide variety of majors.

Film Studies Concentrator Dylan Walker, 2018, participated in the Media Institute for Social Change held in Portland OR last summer. Walker’s film Please Play Me, a documentary that focuses on the public accessibility of the arts, was one of two films selected to be screened for the Mayor and City Commissioners of Portland.