Carlo graduated from Humboldt High School in 2013. Before coming to Humboldt and working with the ETS Team, Carlo had no idea what a GPA was. While reviewing his transcript at the end of his first year with his ETS Advisor, he was able to learn about the benefits of having a high GPA, getting into college, and applying for scholarships. Carlo set a goal with his ETS Advisor to graduate with the highest GPA in his class, and he did just that. He graduated as the valedictorian of his class. After high school, he became a first generation college student by attending the University of Minnesota, Twin Cities. He earned his Bachelor’s Degree in Child Psychology and Leadership in 2016.

In 2017, Carlo was fortunate enough to return to Humboldt as a Project Coordinator. In addition to his work at Humboldt, he is the current President of the West Side Boosters Youth Athletic Non-Profit Organization, and he also works with the City of Saint Paul Parks and Recreation Department. Carlo is a youth worker, and all of his work is centered on how to provide the necessary support system for young people in our communities. He plans to continue elevating the voices of Saint Paul youth, working to strengthen communities, and provide necessary support to ensure our young people are successful! 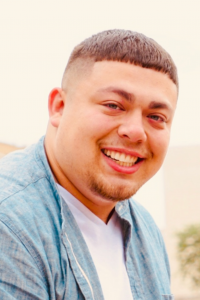