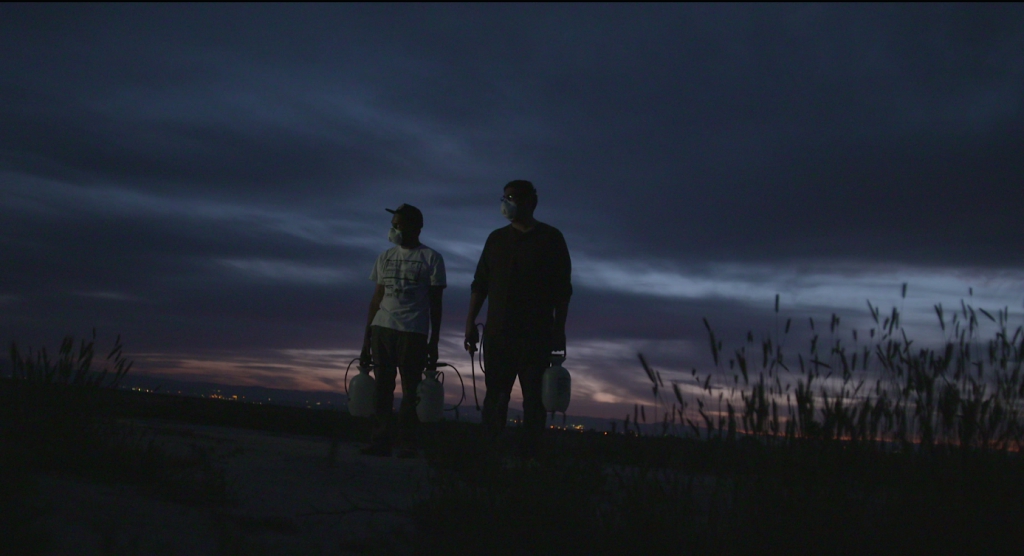 Black Sun: Rini Yun Keagy with Miljohn Ruperto transforms elements of the film Ordinal (SW/NE) into a rich sensory environment. The gallery is occupied by film stills, live-action video, animated sequences, soundscapes, and physical objects used in the film’s creation. The collaborators’ wide-ranging influences span diverse eras, cultures, and ways of ordering the world. Forging links among ancient Assyrian cosmology and mythology, contemporary research into the spread of valley fever, the novel and film The Grapes of Wrath and the Depression-era dust bowl, and the films The Exorcist I and II, the exhibition and film explore relationships among land use, global climate change, human health, and non-human entities.