We No Longer Consider Them Damaged 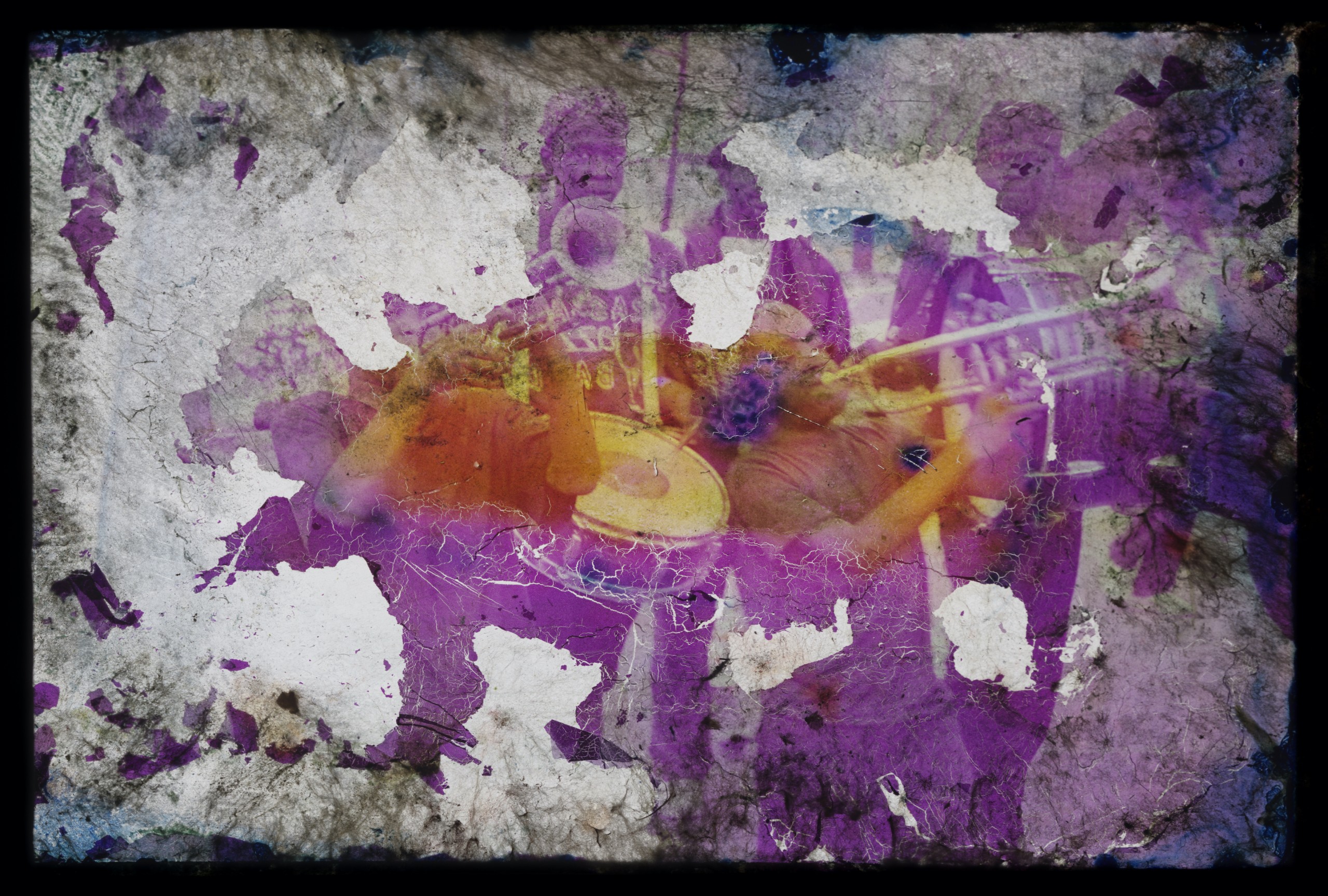 Both born and raised in the Lower Ninth Ward of New Orleans, married couple Chandra McCormick and Keith Calhoun have documented the culture of Louisiana together and separately for over forty years, with an unflinching dedication to social justice, particularly in their African American community.

Like their neighbors, their lives were forever changed by Hurricane Katrina. When the storm surged and the levees failed, Chandra and Keith were forced to evacuate to Texas, leaving their home and studio. The studio was full of negatives, prints, rolls of film, the sum of their lives’ work. They moved what they could into plastic bins and elevated these to higher surfaces. When they were allowed to return months later, they found total destruction and waterlogged negatives. In a flash of brilliance, they put the damaged negatives in garbage bags and stored them in a freezer. Five years later, they opened them back up and realized that the freezer had halted the deterioration process in its tracks, abstracting the images with astounding beauty.

Since then, they have experimented with printing these works, and poignantly, they no longer consider them damaged. The prints of the damaged negatives feature imprints of mold, and shadows of other images. In addition, the colors from the Kodachrome film separated and resettled in unusual ways.

McCormick stated “The mold, cracked film cases, and restoration created abstractions of our initial images… The images represent different forms of light that guide and sustain us through trials and tribulations”. By capturing the altered state of the negatives accurately in their prints, McCormick and Calhoun draw attention to a community that is still facing significant hardships.

This exhibition is the first to focus on their abstract works, photographs taken throughout their long careers, altered by disaster in 2005, and printed between 2010 and 2020. Further, it will include a section of photographs they are taking right now, as their vulnerable community of the Lower Ninth Ward faces new crises of the coronavirus pandemic, social unrest, and the start of hurricane season. Thus, this exhibition will explore how these artists have paid radically sustained attention to their community. Speaking to crisis, resilience, and recovery, this show will encourage viewers to rethink conceptions of damage.

Lecture with TK Smith: Abstraction as a State of Being: Identity, Fragmented Archives, and the Photographs of Chandra McCormick and Keith Calhoun
Thursday, October 22, 5–6 p.m. CST | Join Live

Programming with the artists is made possible through generous support from St. Olaf College’s Division of Academic Civic Engagement and The Taylor Center for Equity and Inclusion, the Departments of Art and Art History, Environmental Studies, Religion, Race and Ethnic Studies, and the Leraas Fund and Fine Arts Dean’s Fund.

Solnit, Rebecca, A Paradise Built in Hell: The Extraordinary Communities that Arise in Disaster, 2010.

Since the early 1980s, photographers Keith Calhoun and Chandra McCormick have chronicled the African American experience in New Orleans and the surrounding Louisiana parishes. Working collaboratively, they preserve the unique traditions and deep-rooted attributes of Louisiana culture. Their images bear witness to both the celebrations and struggles of everyday events, with attention to the profound sense of place felt by Louisianans. Calhoun and McCormick were born in New Orleans. They are both from the Lower 9th Ward, a neighborhood that, prior to Hurricane Katrina in 2005, boasted the largest concentration of African American homeowners in the United States. Their photographic archive was nearly destroyed by Hurricane Katrina, yet their work has proved resilient.

Calhoun and McCormick have documented the soul of New Orleans and a vanishing Louisiana: the demise of manual laborers in the sugar cane fields of Louisiana, the dockworkers and longshoremen on the New Orleans waterfront, the sweet potato harvesters, and the displacement of African Americans after Katrina. They have photographed the traditions of Black church services and religious rituals; community rites and celebrations, such as parades and jazz funerals. As part of their labor series their documentation has covered the cruel conditions of the Louisiana State Penitentiary at Angola, a former “slave-breeding” plantation named for the African nation from which the enslaved people who were considered by slaveholders to be “the most profitable.”