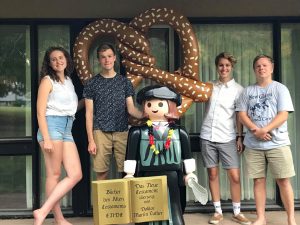 A German exchange student lives in the house each year, helping to support our program outside the classroom by conducting weekly conversation group (Stammtisch) and assisting beginning- and intermediate-level students at the German Tutorium. The exchange student also offers short presentations on German culture, shows German films, and serves as a resource on current events in Germany. 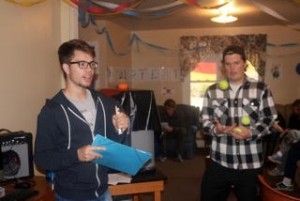