The Kierkegaard Library will be closed for Interim Break: January 30-Feb 3. Second Semesters hours, starting on February 6th, are M-F 10 am – 4 pm. Should you need anything immediate, please email:  shimota@stolaf.edu

The Hong Kierkegaard Library Moves to a New Home

Steensland served as the first library at St. Olaf College until 1942 when the Rolvaag Library was built. In the years to follow, it hosted an impressive array of programs and events, including: a naval pre-flight school for WWII training, an auditorium for recitals, lectures, and plays, work space for student publications, an art gallery, academic offices, and classrooms for courses of various disciplines.

The Howard and Edna Hong connection to the Library now in Steensland dates back to April 1939, when the lead article in the Manitou Messenger, announced, “Library Gets Set of Works of Kierkegaard.” The article stated, “A limited edition of the journals and papers of Soren Kierkegaard, famous Danish Christian philosopher, has been given to the St. Olaf library by Howard Hong, graduate of St. Olaf who is doing graduate work in philosophy in the University of Copenhagen, Copenhagen, Denmark.”

Several years later, in February 1947 a reporter from the Messenger, wrote: “Dr. Howard Hong, chairman of the Department of Philosophy, will be the speaker for the Spotlighting Cultural Values lecture series on Feb. 17 at 6:30 pm in Steensland Hall. His subject will be Kierkegaard, the Danish philosopher. In presenting his subject, Dr. Hong will outline the biography of Kierkegaard.”

This is a thrilling time in the history of HKL. In its rich academic tradition, the new home of the HKL will continue in its old ways of hosting scholars, students, and anyone interested in the works of Søren Kierkegaard. Such was the vision of our generous benefactors the Hongs, who insisted that the Library be open to and meet the needs not only of elite researchers but also of those just beginning a serious study of the Danish firebrand.

In addition to maintaining our ongoing programs and sustaining the community that has blossomed around the Library, we are also looking forward to new endeavors. So please stay tuned! 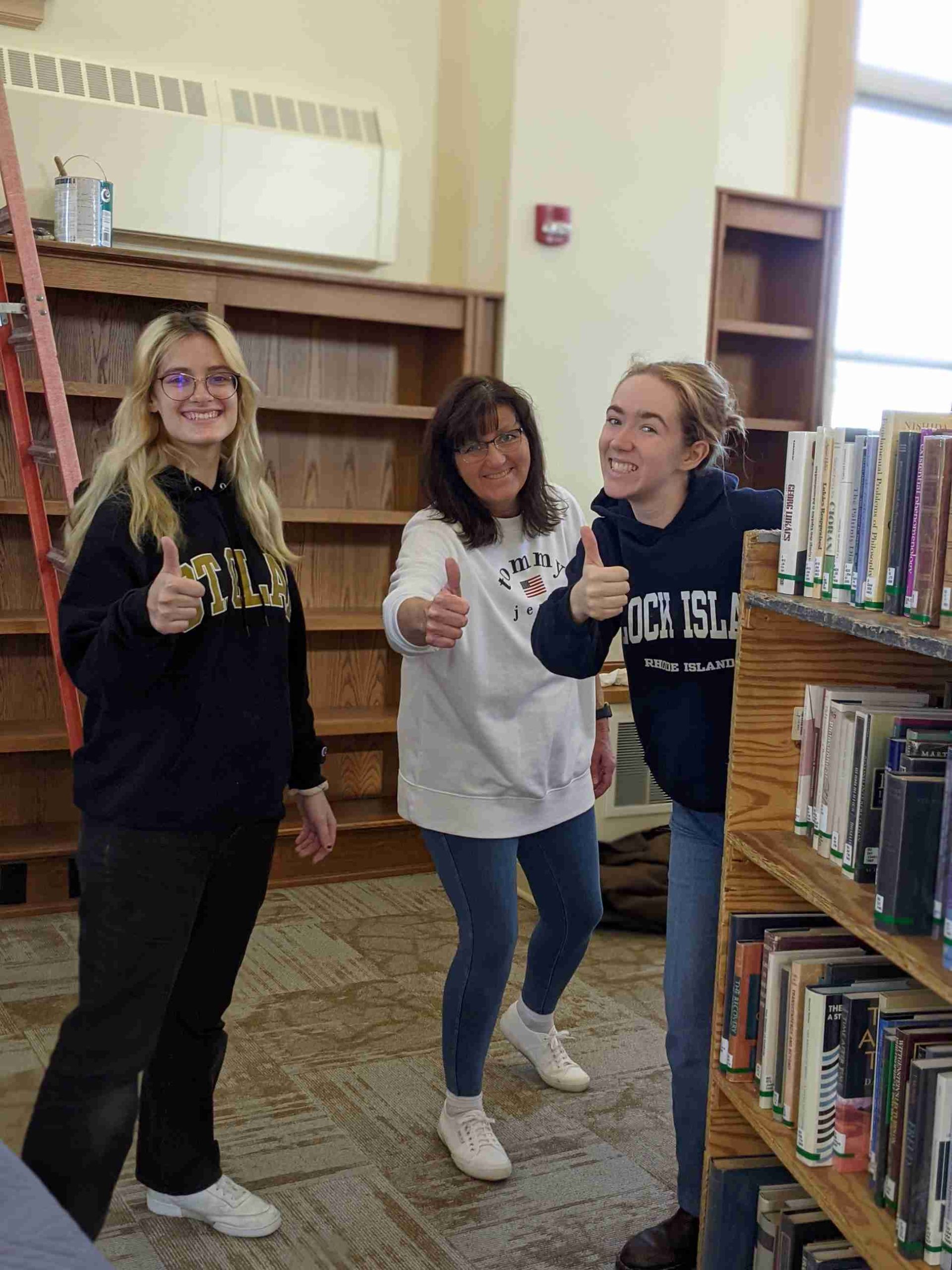 The Hong Kierkegaard Library moves into Steensland, its new home on the “Hill.” The structure, built in 1902, was the first library on campus and is nestled between Old Main and Holland Hall, home to the Religion and Philosophy Departments. 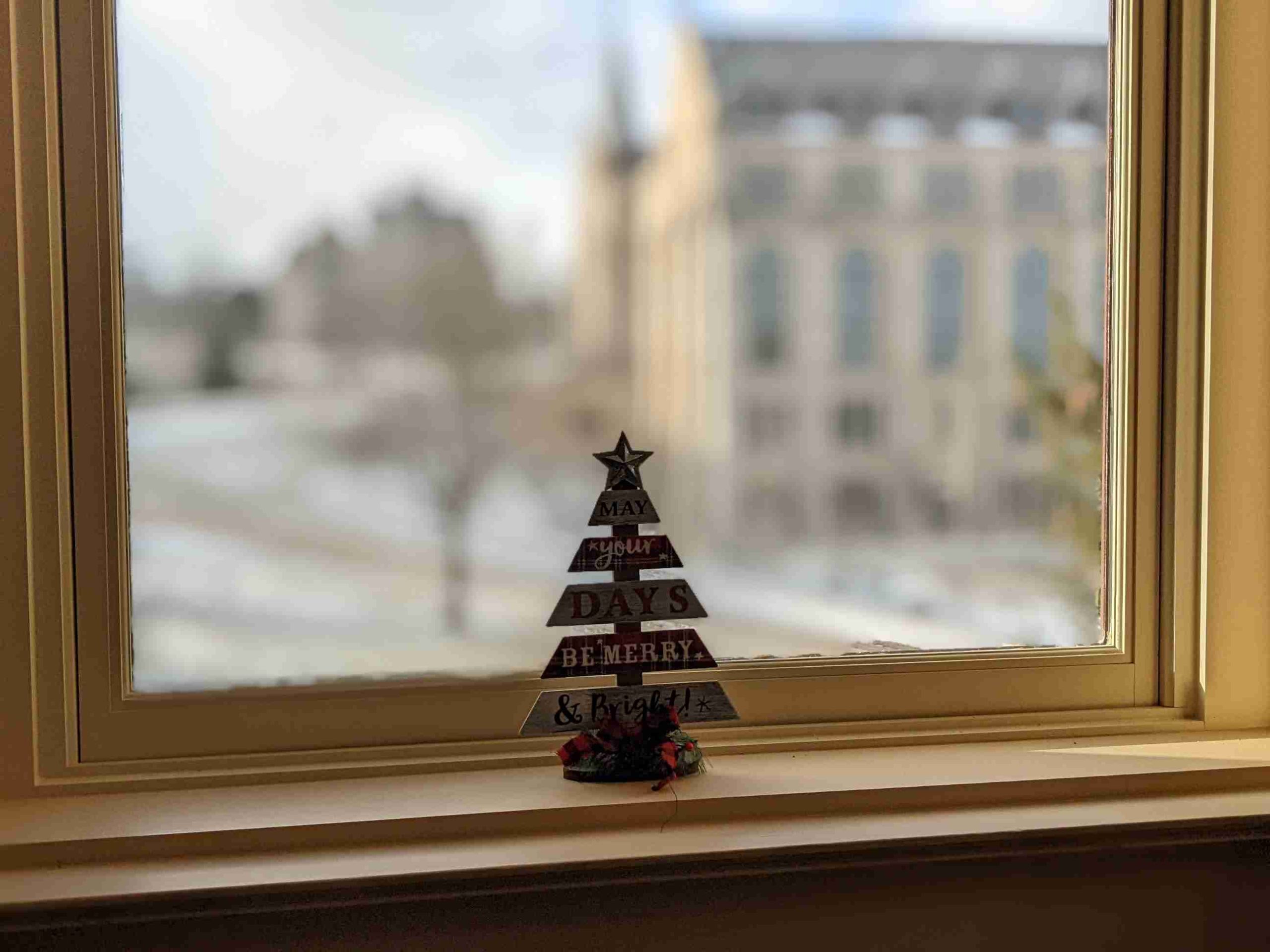 On December 16th, the doors of the newly relocated Hong Kierkegaard Library in Steensland Hall were opened to visitors. Many St. Olaf students, staff and faculty came for self guided tours of the newly renovated building and enjoyed some festive treats.

The Storied History of Steensland Hall 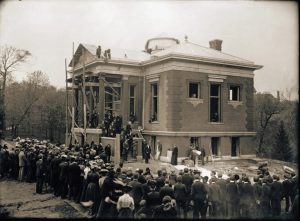 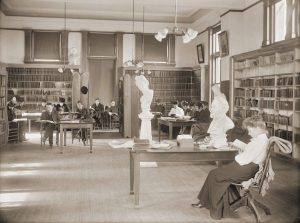