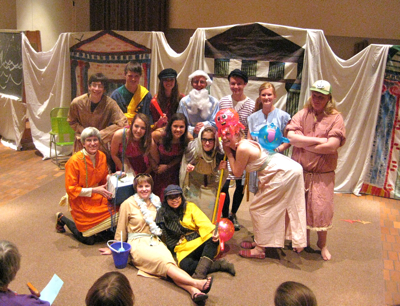 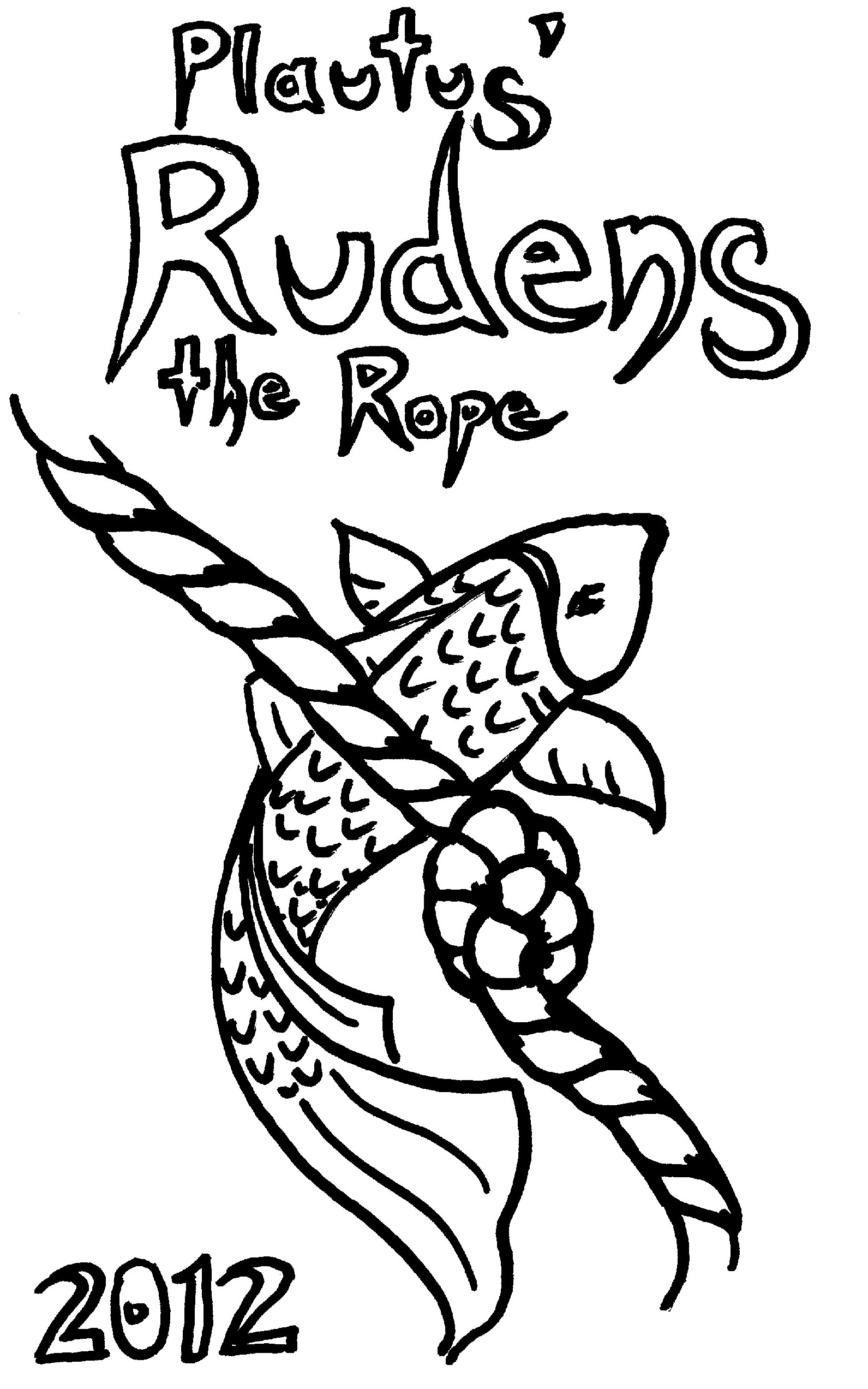 Prologue: The star Arcturus descends from the sky to supply the audience with the necessary background information. Arcturus is responsible for the storm that has damaged Daemones’ house and wrecked the ship carrying the slave-dealer Labrax, his friend Charmides, and two slave-girls, Palaestra and Ampelisca, to Sicily.

Scenes 1-2: Daemones, his wife Daedalis, and their slave Sceparnio are about to repair the storm damage when Plesidippus, Palaestra’s lover, rushes in, searching for Labrax, who had promised to have lunch with him that day at the shrine of Venus and sell Palaestra to him. Catching sight of Labrax and Charmides struggling to shore, Plesidippus realizes that Labrax has double-crossed him; he dashes off to try to catch him. From afar, Sceparnio sees Palaestra and Ampelisca arriving safely, but separately, on the beach.

Scenes 3-7: As Daemones, Daedalis, and Sceparnio go back in the house, Palaestra and Ampelisca appear, each bemoaning her sad fate (Song #1). The girls soon discover each other and seek shelter from Ptolemocratia, the priestess of Venus’ shrine. Three fisherfolk–Sparax, Turbalio, and Gripus, then wander by, singing about the hardships they endure (Song #2); they are questioned by Trachalio, Plesidippus’ crafty slave, who cannot find his master anywhere.

Scenes 8-12: Ampelisca, sent by the priestess to fetch water, meets Trachalio and tells him about the shipwreck; he races into the temple to console Palaestra. When Ampelisca knocks at Daemones’ door, Sceparnio answers and grumpily agrees to fill the water jar for her. Left alone on stage, she sees Labrax in the distance and flees into the shrine. Sceparnio, finding her gone, decides to enter the shrine to return the jar. Meanwhile Labrax and Charmides stagger in, grumbling and blaming each other for the shipwreck. When Sceparnio emerges from the shrine, he accidentally reveals the girls’ hiding-place. Labrax charges inside to recover his lost “property”; Charmides, exhausted, looks for a place to take a nap.

Scenes 13-18: Trachalio bursts from the shrine and appeals to the audieince for help to save the two girls. Daemones runs to the rescue, assisted by Turbalio and Sparax. Palaestra and Ampelisca flutter out of the shrine; Trachalio advises them to sit on the altar and pray to Venus for aid (Song #3). Labrax, complaining loudly,is dragged from the shrine; the noise awakens Charmides, who is fed up with everything. Trachalio goes to get Plesidippus, leaving Labrax under guard. When Plesidippus shows up, he hauls the slave-dealer off to court; Charmides follows them to testify against his former friend. The two girls are entrusted to the care of Daemones and Daedalis.

Scenes 19-24: Gripus has fished a mysterious box out of the sea. He shows it to Sparax and Turbalio. and they rejoice over their “catch” (Song #4). Trachalio interrupts them, claiming that the box belongs to Labrax and contains tokens that will enable Palaestra to prove that she is a free-born Athenian citizen. Daemones is asked to serve as an arbitrator. He and Daedalis are amazed to discover that Palaestra is their own daughter, kidnapped by pirates at the age of three. Trachalio is sent to announce the news to Plesidippus; meanwhile Daemones and his wife sing about how lucky they are (Song #5).

Scenes 25-29: Plesidippus returns, having won the court case against Labrax and secured the freedom of both Palaestra and Ampelisca. Daemones gives him permission to marry Palaestra, and Ampelisca embarks on a new career. Labrax, accompanied by Charmides, trudges back on stage, hoping still to recover his box from the fisherfolk. After one last surprise a compromise is reached, and the whole cast sings together to celebrate the happy ending.